​What it is and how to deal with notice from CRA Requirement to Pay (RTP)?

You can keep your car, home, and RRSP

Let's Talk about Requirements To Pay

Book A Free, No Obligation Consultation

​What is CRA Requirement to Pay (RTP)?

An RTP is a way that CRA collect a debt from taxpayers who are not willing to pay the amounts they owe in taxes.
RTP represents a legal agreement that CRA sends to a requirement to pay CRA third party when CRA decides that the 3rd part owes money to a taxpayer who not paid their taxes to Canada Revenue Agency and the CRA cannot collect any debt from the taxpayers.

CRA requirement to pay employer it is a very useful procedure when CRA can go after your debt.

However, this means that RTPs cannot be issued for debts relating to income tax until the tax debtor has exhausted their objection and appeal rights under the Canadian Tax Act

How many types of the requirement to pay are?

Do I have to pay the RTP to CRA right now?

Always you need to pay CRA before the due dates, to avoid any kind of future’s passion.

How long does an RTP to pay last?

Till the taxpayer’s financial debt is paid in full to the CRA, the RTP will stay in the area.

The RTP end when you no more owe any kind of money to the taxpayer, the RTP expires, or you get a notification of withdrawal from CRA that plainly stated that your requirement to pay it is not much longer basically.

Just how much can a garnish my wages?

If you’re currently under a CRA garnishment, there are only two things that can compel the CRA to unwillingly stop collection (besides paying the debt ultimately): declare a consumer proposal or filing for bankruptcy.

The very best thing to do is to look for assistance before the trouble gets to the point of garnishment. Nevertheless, do not misery if the garnishment has currently been provided!

The CRA will likewise send a copy of the demand to the taxpayer, notifying them of the situation

What are the charges if you do not pay CRA

CRA will undoubtedly enforce a fine if you did not send in your return on schedule. The penalty is 5 per cent of your equilibrium owing for the current tax obligation year, plus 1 per cent of your balance due for every full month your return is late, covered at an optimum of 12 months.

Merely choosing not to pay anything is not always a protection to a tax analysis released for failing to abide by the regards to an RTP. However, it may be if the 3rd party borrower has a claim or bona fide reason for not paying to the financial institution. If you are assessed for falling short of honouring a demand to pay.

If you owe considerable fines & interest but can afford to pay off the underlying tax obligation financial debt, you can deal with a tax lawyer to discuss a reduction in penalties and also excitement. Propose a tax time payment plan that is both fair and budget-friendly

"Samantha is very professional,informative and knows how to hold a conversation getting you very comfortable in your decision making, this was a must do experience​"

"Very helpful, Martin was really easy to talked to, he answered to all my calls and to all my questions, he is a great professional debt administrator​"

We value our clients and respect each of them. We understand how difficult is to manage all the debts. You are not alone, we can help you with a debt settlement to solve your financial situation.

Why You Should Never Pay A Collection Agency

What Is A Consumer Proposal (updated 2021) And How Much Does It Cost?

A consumer proposal is a legal procedure that is developed for people that are not able to pay their debts completely, but who have the capability to pay a portion of the cash owing. 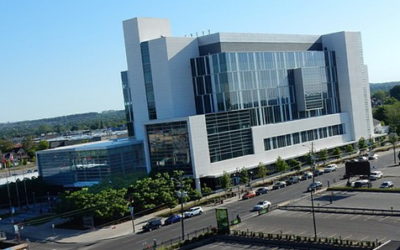 Filing for bankruptcy in Oshawa it was never easier than right now. Contact our LITPro Licensed Insolvency Trustee in Oshawa for a free consultation and start being debt free.

Request a FREE personal and no obligation confidential appointment